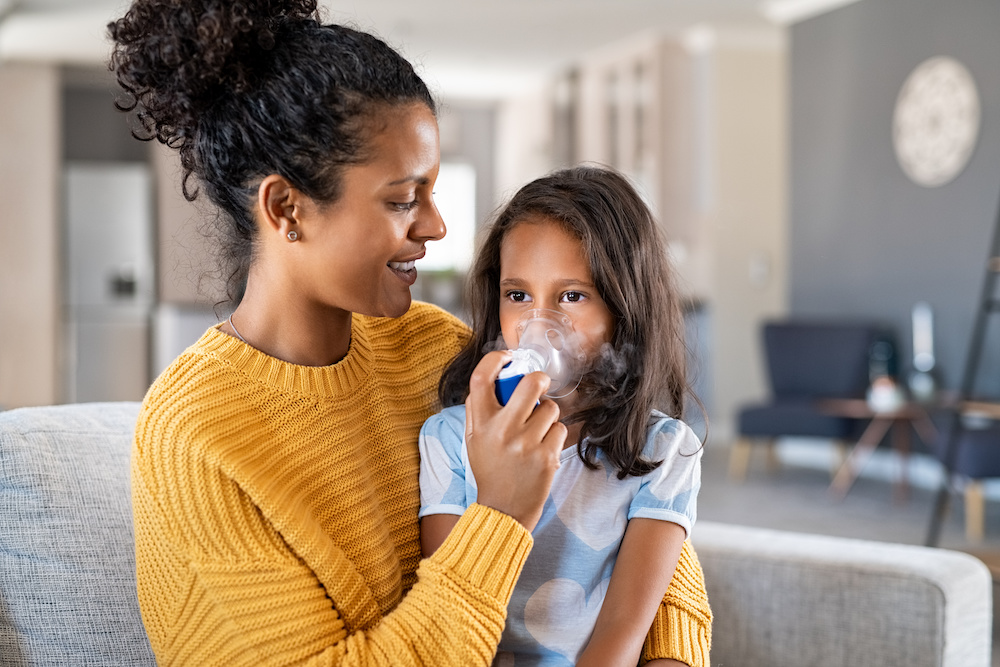 EIB is a relatively common condition for people of all ages, although children do seem more susceptible to it- maybe because they are more active. Statistics show that about 45% of all children suffer from EIB. Pediatric pulmonology is a medical specialty that specifically tends to children with lung and breathing conditions like EIB and asthma.

Whilst there is a higher likelihood of EIB affecting asthmatic children, not all kids with EIB have chronic asthma. Similarly, for adults, ACCAI reveals that 90% of asthmatic people will have EIB, but not vice versa.

The Difference Between Exercise Induced Asthma and Chronic Asthma

Chronic asthma is often confused with EIA as they both have similar symptoms such as shortness of breath and coughing. But they are quite different.

The main difference lies in the causes or triggers.

EIA is caused by a temporary narrowing of the airways and usually occurs soon after any strenuous physical activity or exercise. It can last up to15 minutes after kids finish the activity. During this period, EIB symptoms may include the following:

Exercise-induced asthma can also be triggered by airborne irritants associated with certain activities, such as:

Chronic asthma, on the other hand, is a long-term condition that causes narrowing and inflammation of the airways.

Symptoms of chronic asthma include:

However, these symptoms are not solely a reaction to exercise or physical activity, they can be triggered by different allergens (such as animal dander, dust, and pollen) and irritants (smoke and perfume).

Chronic asthma is more likely to recur than EIB does, but does depend on how well you manage your child’s condition.

Consult a doctor specializing in pediatric pulmonology for an accurate diagnosis of your child’s breathing and lung difficulties if you are unsure about their condition.

Asthma triggered by exercise or sports isn’t curable, but there are many ways to prevent and relieve its symptoms.

Warm Up With a Few Small Exercises

Let your child do a warm-up before any strenuous activity. This allows the heart rate to increase gently, reducing stress on the heart and lungs.

Allow Your Child to Rest Between Exercises

If your child has shortness of breath, coughing, or wheezing while playing or exercising, stop immediately and wait for the symptoms to pass.

Frequent breaks give the child’s lungs a chance to rest and catch their breath, reducing the likelihood of asthma attacks.

Watch the Temperature and Humidity

Humidity (when the air is saturated with moisture) can be bad for asthma. When inhaled, it can constrict and tighten the lungs’ airways. Humidity makes the air stagnant, which can also trap allergens and aggravate symptoms.

If kids are exercising indoors, use a humidifier or dehumidifier to keep humidity levels stable.

Cold air can also irritate the airways, causing the lungs to tighten and congest the nasal cavity, increasing mucus production. Kids should cover their noses and mouths when exercising in cold weather to avoid inhaling dry air.

Make sure to check the local weather forecast and adjust your child’s exercise routine accordingly.

Encourage the Child to Breathe Through Their Nose

Breathing through the mouth can dry out the airways and make symptoms worse.

A few puffs of a short-acting beta2-agonist 15 to 30 minutes before exercise can prevent asthma symptoms for two to four hours.

If your kids have chronic asthma, it’s important to take steps to help them manage their symptoms.

If possible, avoid triggers by limiting the child’s exposure to pollutants and allergens by using an air purifier or wearing a mask when outdoors.

A visit to the pediatric pulmonology department at your local hospital can help your child be prescribed the best treatment, and teach you to help control their symptoms.

While any medical condition affecting a child can be worrisome for parents, the right treatment makes its management easier and less stressful.

This site uses cookies. By continuing to browse the site, you are agreeing to our use of cookies.